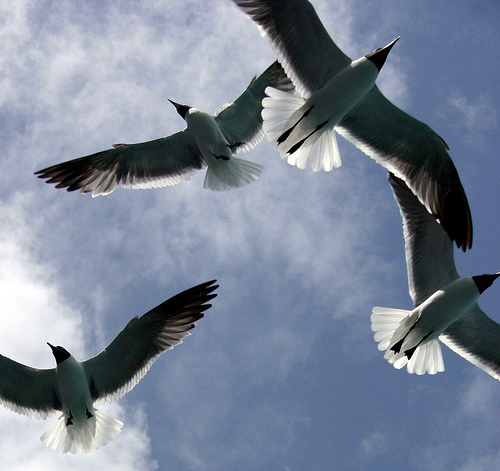 During my time as a Sergeant in the Army, I dealt with many different types of managers. I’ll save my favorite manager for a later blog post; but for now I want to share an experience I had with Seagull management.

As it happened, I was in a unit with a new Second Lieutanent (2LT), the kind that just graduated ROTC and thought his stuff smelled like roses. Having been in the Army for four years at this point, I knew just a little bit more about the happenings in my team than he did. That didn’t stop him from behaving like a seagull, however.

Seagulls are nosey creatures. They fly in, see what they can mess with, poop everywhere, and leave.

Generally he would do what officers were supposed to do (go to meetings), but then he’d also come back from the meeting and try to micro-manage every little detail of what we were about to do. In other words, he did my job for me.  Once he felt like he had meddled enough to assert his authority, he left us to pick up the pieces.

There is a special circle of hell for that behavior, and he was doing his damndest to drag us into it with him.  As the first-line supervisor of the team, it was my job to carry out his directives — but once he meddled into the how, he made me little more than a glorified grunt. A really well paid grunt, but one nonetheless.

Seagull managers exist in Software development too, or in this DailyWTF story, just think of them as one of the three Bs.